About My Coding Journey 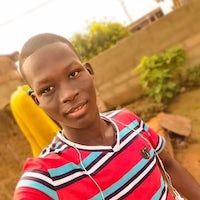 In this article I’m not going to explain any code concepts but rather tell you about how I started coding, why I started, and probably a summary about my entire coding life. This article isn’t a very lengthy one, hence I’d advise you to read on as it may be a source of encouragement for people in any field.

My full name is Gyen Abubakar Sadick, and I’m eighteen years old. I’m a citizen of The Republic of Ghana, West Africa. For some of you, I’m a well experience web designer, and for others I’m very good at what I do. Well, I’m not experienced and neither am I perfect or very good. I started coding approximately three years ago; late 2016, when I got admitted into high school, Odorgonno Senior High, by the way (sorry if you bit your tongue trying to pronounce the first word ).

After graduating from basic (or middle) school, I wanted to pursue Computer Engineering Technology, a course at the Accra Technical Training Centre (ATTC), one of the best Senior High Technical Schools in my country, but I wasn’t given the chance. I had two options: to pursue General Science at Odorgonno Senior High or attend any school of my choice and pay my own fees, as a result.

My father believed that I.T. is a very common field in our country, and that people didn’t usually succeed in the field. Well, I didn’t believe that but I had no option but to attend Odorgonno Senior High and pursue General Science as my course. Luckily, there were two versions of this course:

Why I chose a tech field

I was about six years old when I first saw a computer; around 2007. My ICT teacher took us to his house one day to show us the parts of a computer, as the school itself had no computer lab. He was using a Cathode Ray Tube monitor by then. I knew very few about this “so cool” device that I knew nothing about its tech specs; dummy! Who cared by then? The PC was like the best thing a kid could ever wish for. My teacher launched Pinball, a built-in game usually shipped with Windows XP or so. Playing it gave me more reason to get to know how the stuff worked.

Another thing I saw when I was a kid, was a typewriter. This thing had a keyboard, but no system unit, no mouse and no monitor; just a piece of paper on which the keys pressed had their corresponding characters printed. “Which kind of computer too is that”, I’d wonder to myself.

Somehow, somewhere in my bones, I knew even as a six year old boy that computers and technology, as a whole, will provide means to make a difference. It’s not a surprise that every industry, even farming, needs computers to succeed. I wanted to make a difference, I wanted to be a problem solver, I wanted to be someone people would seek help from because of his logical and technical intellect, someone who would always have a different way to make impossible things possible. Technology was the field I chose.

How I started coding

Early the first year at high school, I met Sena Godsway. Sena had been coding since Basic School. He was a member of a coding club called Lyn Apps Club and was, to me, very experienced. He had experience in Web Designing, Software Development and even Mobile App Development. Sena told me about resources to start coding and I started learning HTML and CSS from W3Schools and Tutorials Point.

And then, the confusion started…

I didn’t know which field to put myself in: Software Development, Web Development, and Mobile Development. In fact, I was in all of the above mentioned fields; I know, it’s so cool – NOT! After a few HTML/CSS lessons I found myself learning Perl, a language I thought was going to be like HTML :D; trust me, I ran away from it. And then I went into Java, to C, C++ and C#, to Python, and then finally JavaScript, the love of my life .

I kept learning chunks of all the above languages until I met JavaScript sitting on a bench in a park, just looking at me and thinking how I’d made a fool out of myself; hey, I’m just kidding ! Believe it or not, even though I was confused about what to learn, those languages shaped my foundation and helped me understand JavaScript easier and quicker than I anticipated. A couple of months ago I found myself explaining some Python concepts to a few people; I guess I’m not a fool after all.

After watching some videos at Shaun Pelling’s YouTube channel, TheNetNinja, dude got me feeling Web Designing. I began my journey into Web Development as a result; hurray!

Like I said earlier, my father wasn’t supportive of my decision to be a tech guy. I had no PC by then and hence, learning to code wasn’t going pretty well for me. I mostly had to code on paper and practiced later with someone else’s computer when I had the chance to.

Sometimes, I thought about my achievements since I started coding and when I realized I had not done anything, I lost hope and the zeal to continue. I’m not from a financially sound family, and having a father who thought what I was doing was a waste of time, there wasn’t a good sign of succeeding with coding.

Also, I used to be one of the many beginners who compare their ages to some people they might have heard of somewhere and their achievements, and then they wonder when they’d ever get to that level. There were days I said to myself to stop coding and do something else. What, exactly? I didn’t know.

People like Sena Godsway, De Graft Arthur, Prosper Sosu, and Michael Asamoah helped me understand that I had a place in I.T., and that it was where I belonged. They just had to say the right words I needed to hear and then the magic happened. Now, you could ask me if I have any hosted websites (to prove I’m a good designer), and even though I have no hosted websites yet, my answer wouldn’t be “No”, but rather “Become my client and I’ll answer you later ”.

I now believe in what I can do, and I don’t let my “no achievements” thoughts pull me back. I’ve been speeding up effectively with coding and now all I think about is how to get there, not when to get there – Sena taught me that. I saved some money to get myself a desktop computer, and even though its specs are very low, I can at least open Visual Studio Code and Google Chrome; I’ve got my swag on :D.

Every field or profession, not just I.T., has its ups and downs. The only key is to find the reason why you’re chasing the dream; don’t let something or someone’s ego shun your pursuit to unlock the gate to heaven. Try as much as possible to be in the circle of people who’re not only in the same field, but with good vibes. Let someone nurture you, and help nurture someone; if you’re co-equals, be humble and grow with them; – Word… 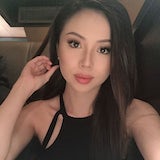 mybeautybrides.net the best site for dating. Beautiful and smart brides from around the world. Just register and you can forget about loneliness forever.